Gippsland Lakes and Paynesville have a unique character, defined by the presence of the Mitchell River Silt Jetties just off the mainland. These naturally formed silt banks run for over 8 km, making them the second largest silt jetties in the entire world, and the longest in the southern hemisphere.

The Silt Jetties always of interest to scientists and visitors alike, an unusual natural feature rarely seen in this size the world over. A form of delta known as “digitate” of “finger-delta” and are some of the finest examples to be found anywhere in the world. Since the destruction of the Silt Jetties on the Mississippi River in the Gulf of Mexico by hurricane “Katrina” in 2005, they are now claimed as the longest in the world, and interesting to note that the Mitchell River, is so small by comparison, should have such fine and lengthy Silt Jetties at its mouth and exiting into a lake system.

The Mitchell River carries sand and clay with it along its length and during flood times large amounts of silt are picked up from the huge catchment areas of the Mitchell River flood plains and transported by the increased flow of water until, when nearing the mouth, the river slows and being unable to carry the same amount of deposits in suspension, they are dropped and settle. This of course has taken place over considerable time (hundreds of thousands of years); the Silt Jetties can be considered to be a growing feature of the landscape and are continually changing. The jetties are of an unusual extent, but their actual origin still remains controversial. 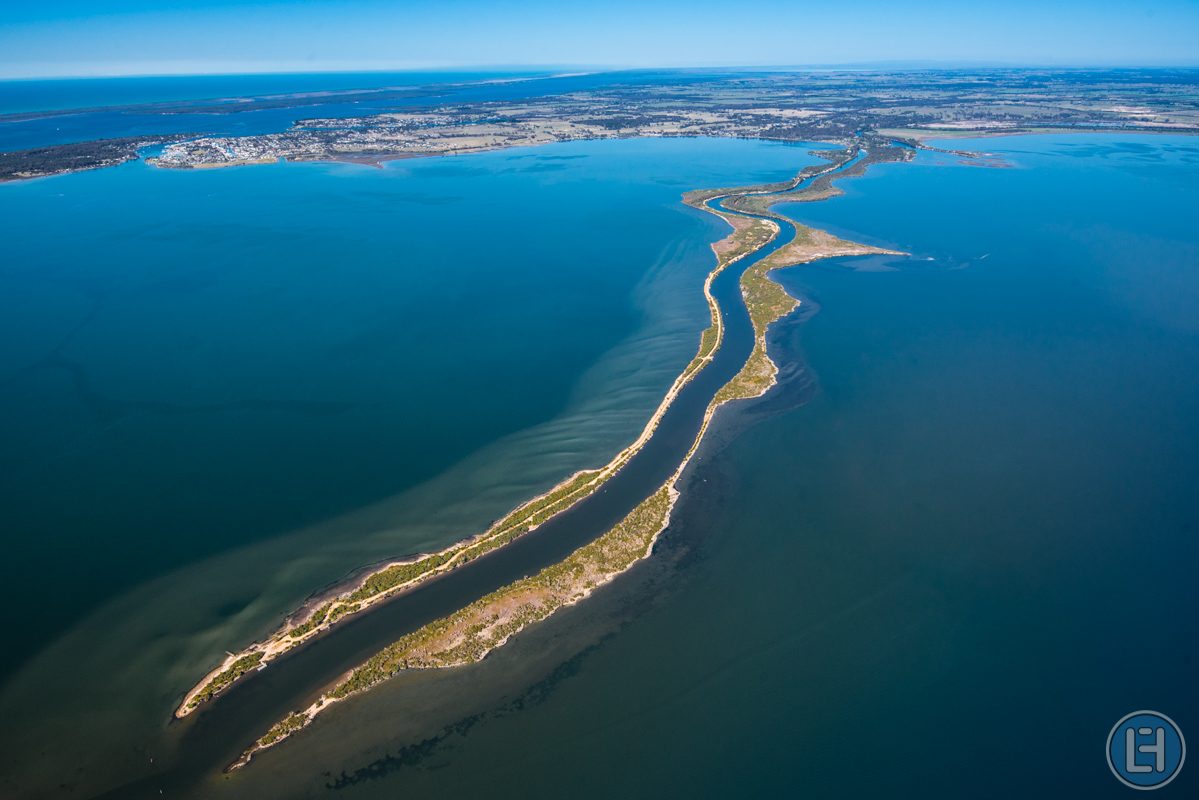 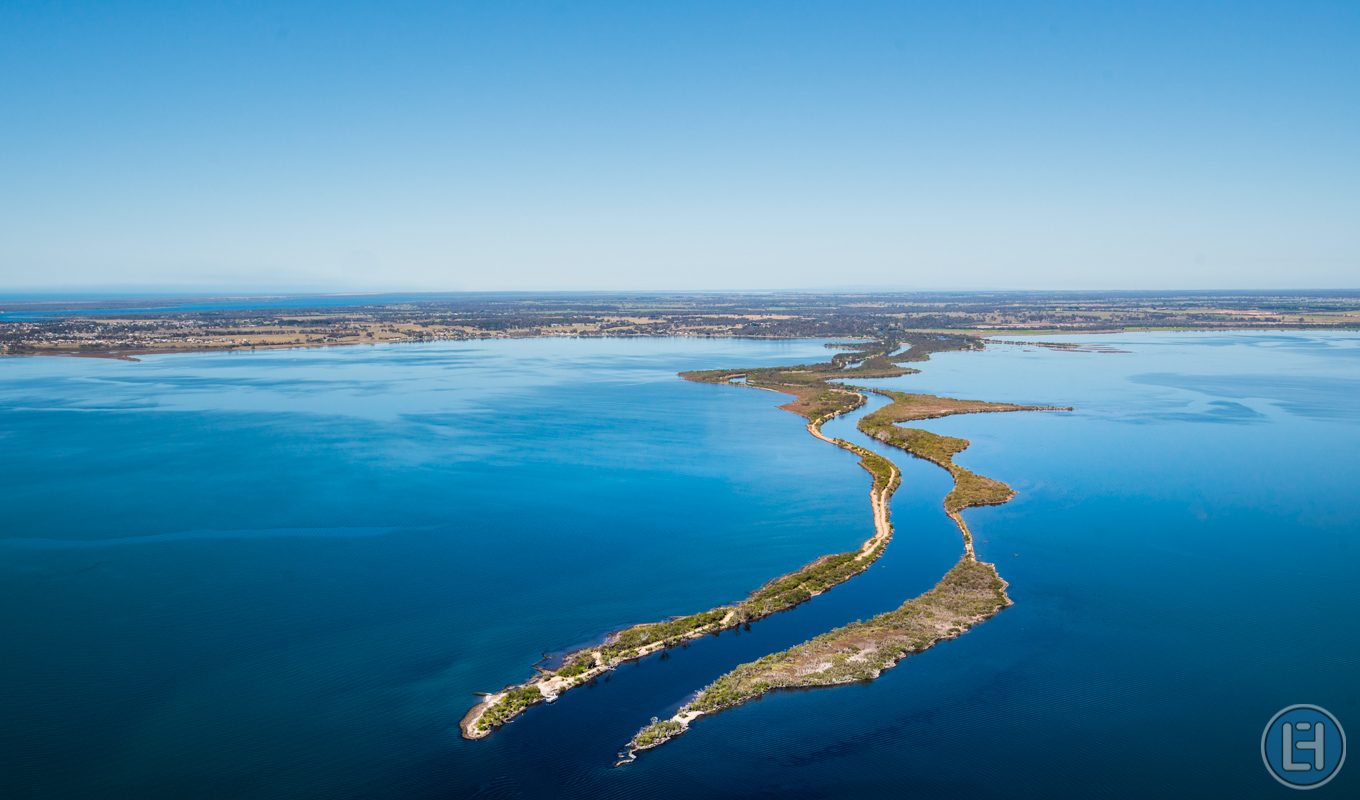 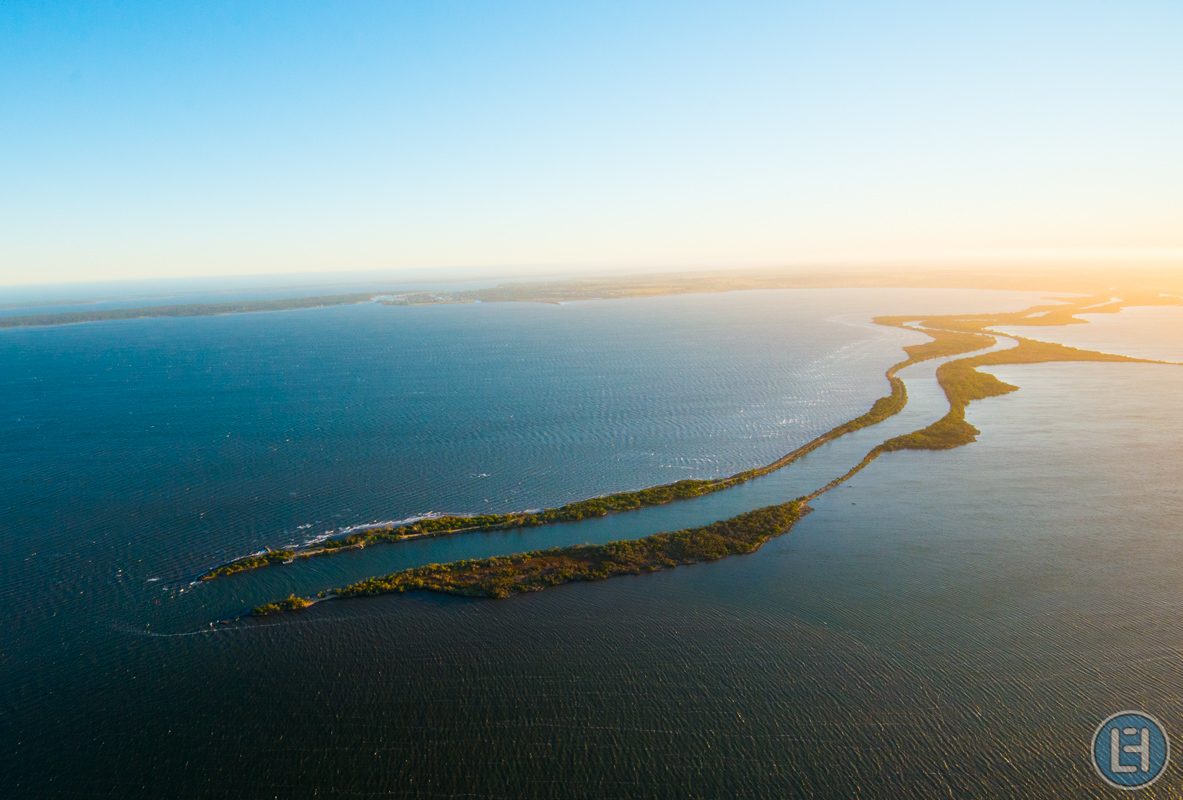 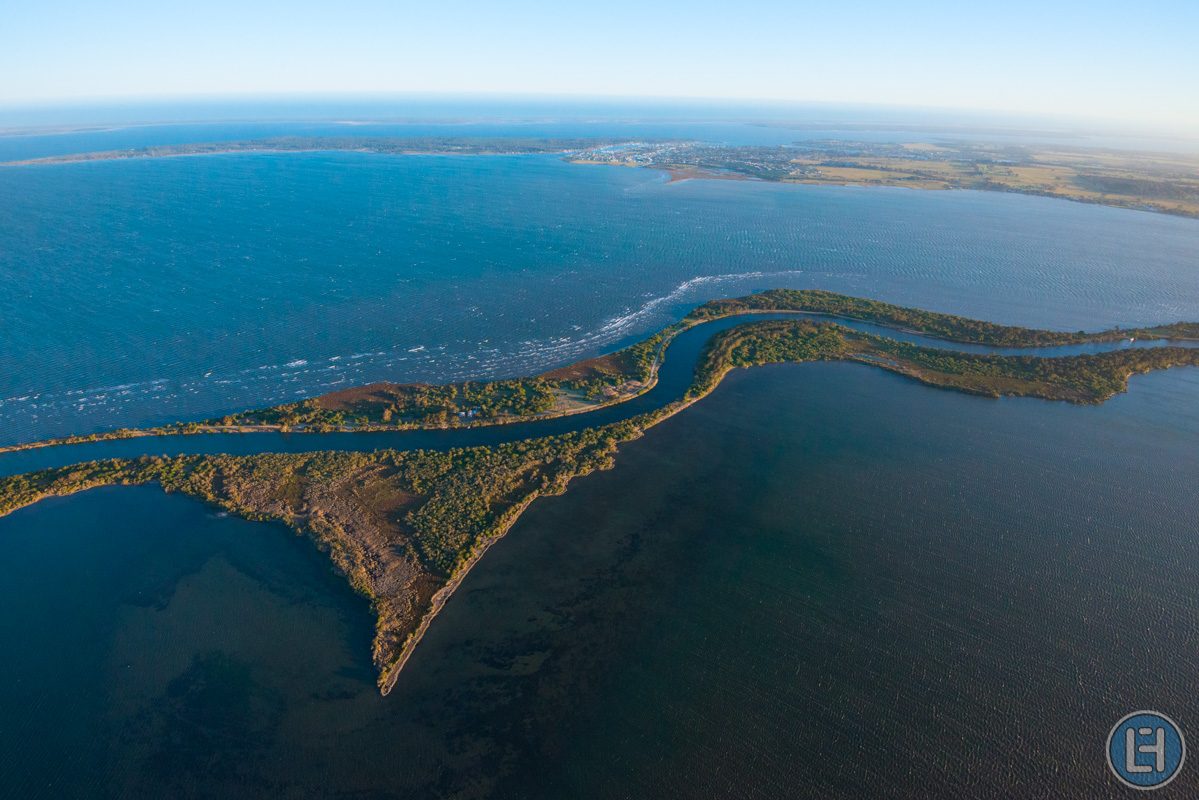 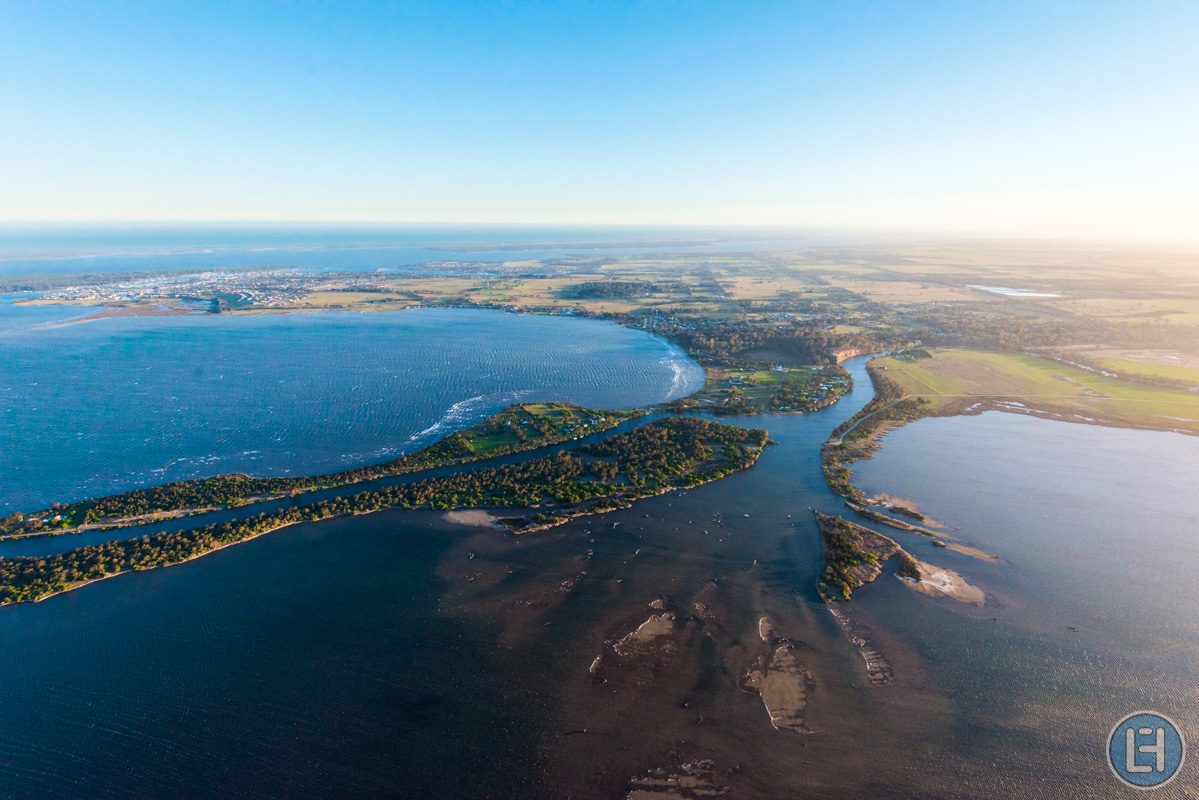 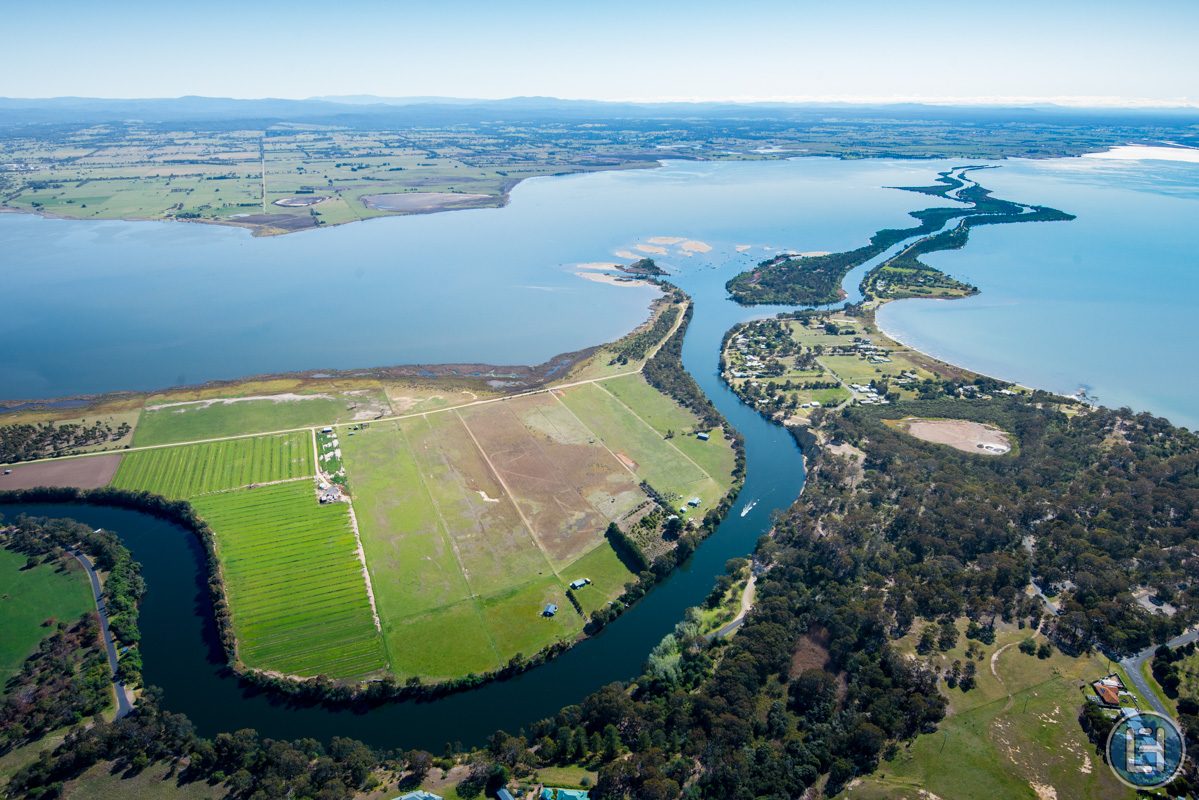 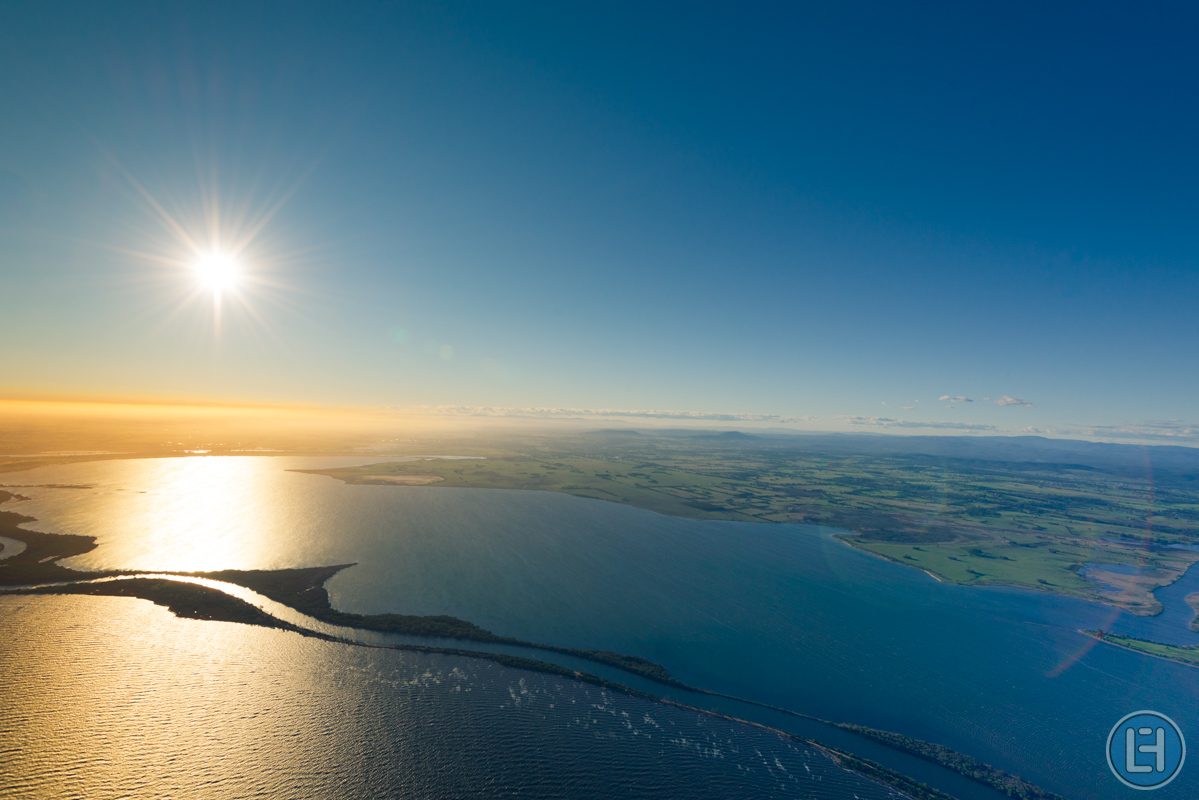 Scenic Flights 3, 4 and 5 include the Silt Jetties.